Rev. Dr. Rex Marian Pius Joseph wrote his doctoral thesis for PhD in Ministry in Episcopal Divinity School of Boston Theological Institute, MA, USA in 2001, on Political, Social and Religious Symbiosis as the answer for communal peace in Sri Lanka. He has also obtained Diploma in Philosophy in Sri Lanka, Bachelorate in Theology (B. Th.) and Masters in Theology (S. T. L.) in the Pontifical University of Pope Urban VIII in Rome.

He was an Anglican Priest serving in the Diocese of Kurunagala, Sri Lanka between 1992 to his untimely death in 2007. During his ministry he has been vicar of many parishes. At times of communal warfare and natural disasters he was deeply engaged in services such as relief, rehabilitation, reconciliation and peace negotiations in the Northeastern territories in Sri Lanka, jointly with the YMCA movement and the Citizen's Committee for National Harmony. On his last assignment he became a full-time lecturer at the Theological College of Lanka (TCL), Pilimatalawa, Sri Lanka. He was a member of the Ecumenical Association of Third World Theologians (EATWOT) and Sri Lanka Association for Theology (SLAT) and a member of the national committee for Anglican- Roman Catholic dialogue (ARCIC SL). He has participated and presented papers in several international conferences held by CCA, PTCA, EATWOT and WCC in India, Indonesia, Thailand, Hong Kong, Philippines, Japan and USA. He has been a resource person in many national Theological conferences.

He has authored several articles and books in his native language (Tamil). The writings include the following publications:

This web site is maintained by his family and his former theological students to spread his wisdom to the needy and to carry on his mission on peace through racio-religious symbiosis.

Though the work was delayed due to the sudden demiss of Rev. Dr. Rex Joseph due to heart failure on the 12th May 2007. A project has been initiated to publish his writings, speeches and lectures as well as to pave the way for theologians world wide to reflect and comment upon Rev. Rex's work and ideals.

Those who wish to send us your comments and suggessions please contact us via the following email address: 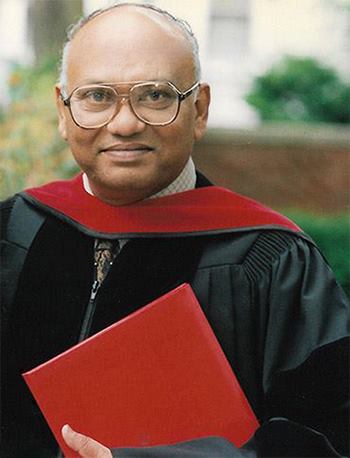